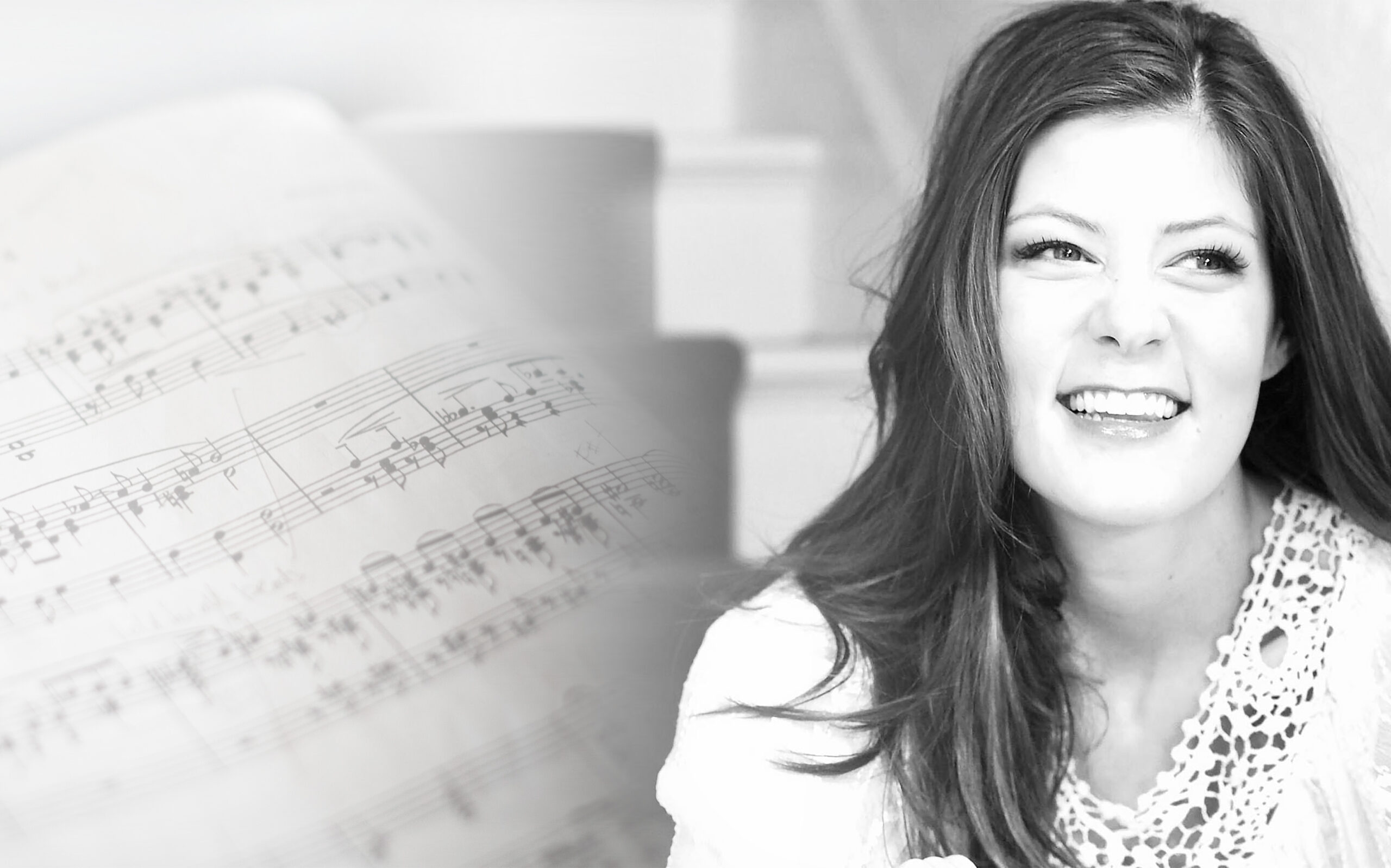 Meredith Pyle is a Los Angeles based professional singer, actor, and teacher known for her “vocal chameleon” versatility, comedic tendencies, and strong musicianship.

Originally from Houston, TX, Meredith was born into a musical family performing with her six siblings (!!!) in churches and professional choirs from a very young age.  She went on to receive her Bachelor of Music from Baylor University where she was heavily involved in their prestigious choral music program.

Meredith went on to get her Masters of Music from Oklahoma City University (OCU).  While at OCU, Meredith thrived as a standout performer in their nationally ranked music theater program starring in several productions.  She was a student of legendary voice teacher Dr. Florence Birdwell and received high praise from fellow alumni Kristin Chenoweth and Kelli O’Hara before heading to New York City.

After graduating, Meredith immediately dove into the East Coast theater scene starring in productions of Hairspray and Gypsy.  After visiting her sister, actress Missi Pyle, Meredith felt a calling to the opposite coast and quickly transitioned into the LA acting scene through the help and guidance of her big sister.

After ten years, Meredith now calls LA home.  She currently works as a full-time singer and voice teacher as well as an on-camera actress.  You may have seen her performing live on The Ellen Show, in commercials for McDonalds or Apartments.com, guest starring on TV Land’s “Jennifer Falls,” or competing with her a cappella group Snow Problem on The CW’s “Christmas Caroler Challenge.”

As a singer, she performs with the LA Phil, LA Master Chorale, LA Chamber Orchestra, and Tonality.  She works primarily as a session singer for Film&TV projects such as Frozen 2, Mulan, The Morning Show, Disenchantment, and Mulan just to name a few.  For full list of credits, check out her IMDb page here.

As a teacher, Meredith is currently adjunct voice faculty at Pepperdine University in Malibu, CA. She also works extensively with the Harvard-Westlake school choral program. She is an active member of the National Association for Teachers of Singing and has a thriving private voice studio.

When not performing or teaching, Meredith enjoys spending time in the kitchen and adventuring with her husband Ben.